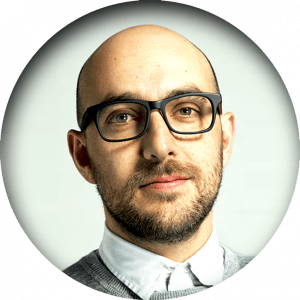 Jeffrey Ludlow joined 2×4 a global design consultancy headquartered in New York City, in 2007 and today is Principal and Creative Director of the Madrid Office. Prior to moving to Madrid, he led the New York architecture team in various signage and spatial projects — ranging from events, to exhibitions, to retail, for clients including Nike, Herzog & de Meuron, Kanye West, MoMA, Prada, and DFI. Initially, he headed a branch office in Beijing where he was responsible for the information / wayfinding master plan for the new CCTV Headquarters, with OMA/Rem Koolhaas. Prior to joining 2×4, he worked in architecture studios in the USA, Europe, and China, including OMA-Rotterdam and Mada s.p.a.m.-Shanghai, and led the graphics department in Aedas Hong Kong, with projects in the Middle East and Asia. He holds a Master of Architecture from SCI-Arc (2003) and Bachelors in Architecture from University of North Carolina at Charlotte (2001).